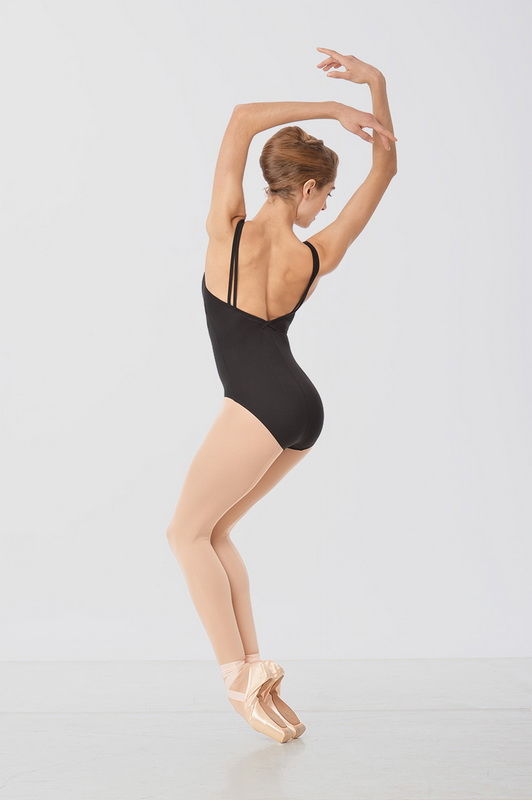 Loved the world over for centuries, ballet has a long and proud history beginning in Renaissance Italy. The word ‘ballet’ comes from the Italian ballare meaning ‘to dance’ and also has connections to the word ‘ball’ – as in to attend a ball.

When the infamous Catherine de Medici of Florence married King Henry II of France in 1533, she brought to her adopted country the Venetian tradition of a masked ball. In addition to stunningly intricate, crafted masks, dancers of the day were also required to wear fantastical costumes complete with restrictive layers of opulent brocade, pantaloons, headwear and other ornamentation.

The required footwear at these increasingly elaborate entertainments featured small, delicate heels that bear little resemblance to the pointe shoes we see in ballet today. All this finery made it challenging to move with ease, so new dance steps had to be invented to accommodate smaller movements.

The French dancers (who were mostly men) soon mastered a series of slides, curtsies, elegant turns and small hopping movements to cope, all of which were distilled down into the codified ballet steps and official terminology we recognise in the Twenty-First Century.

By the 1650s, during the reign of Louis XIV, professional ballet dancers would perform at court functions to entertain the courtiers. The king would also perform the most popular dances as his noblemen looked on – in fact, he earned his title of The Sun King after playing the lead role in Le Ballet de la Nuit (1653), which famously ran from sunset to sunrise.

The Sun King’s ballet master, Pierre Beauchamp, further cemented ballet as a form of movement. As ballet became installed as the preferred dance style at court, becoming ever grander and more elaborate, elevated platforms were crafted to showcase the most beautiful dancers better.

The ultimate expression of how much ballet had come to be revered was Louis’ 1669 creation of the Academie d’Opera (which later became Paris Opéra Ballet), which allowed ballet to be seen as an artistic profession for the first time.

During the 1700s, ballet’s popularity extended throughout Europe, with theatres and opera houses built across Europe to celebrate the new French fashion. Ballet reached Russia in the mid-nineteenth century where the dance form soon reached its zenith.

After the French Revolution, ballet underwent profound changes. It was anathema to dress up in the elaborate costumes of The Sun King’s era, so dancers started wearing simpler attire – the heavy brocades were replaced with loose outfits that allowed more movement and heels were swapped for soft slippers that encouraged pirouettes and remarkable leaps.

The Russian ballet houses first made dancing en point de rigueur for women, who would also wear pure white, bell-shaped, calf-length skirts in narrative dances that highlighted their delicate virtuosity and fairy-like grace. Ballet's Romantic period was born – and many of the great performances (Swan Lake, Cinderella, Giselle and Sleeping Beauty) were first choreographed and performed in Moscow at this time.

In the early years of the twentieth century, the Ballet Russes was formed by Serge Diaghilev from Russia’s most talented artists, touring the world and bringing ballet to new audiences. Diaghilev’s masterstroke was inviting Europe’s avant-garde artists to compose narratives, create costumes and sets, including icons like Picasso, Matisse, Coco Chanel, Stravinsky and including Vaslav Nijinsky.

The collaboration of the time’s most creative minds resulted in extraordinary ballets that set new standards for choreographic, visual and musical complexity with Firebird (1910), Petrouchka (1911), Schéhérazade (1910) and Les Noces (1923) making dance history.

The Ballet Russes also set the scene for modern dance styles, including the work of Martha Graham and Isadora Duncan, both of whom ushered in a freer expression of movement beyond ballet's traditional ordered steps. A new contemporary era of ballet had begun; one which we might recognise today.